We’ve all heard the phrase “information overload,” and most of us have suffered from the phenomenon it refers to: the inability to consume, interpret, and act on information once we have too much of it. Unfortunately, “too much” information can seem like a relatively small amount, especially for those of us who work in information-driven environments like retail, merchandising, design, and any number of other modern industries. According to Miller’s Law, the average person can hold only seven pieces of information in their mind at any given time—and that number can be reduced even further by stress, distractions, and attempts to multitask. Try the exercise linked above, and you’ll see just how true this principle is! Similarly, most people struggle to make a choice or decision when presented with too many options—and sadly, “too many” can be as few as four. “Choice paralysis” can be as damaging to progress as “information overload,” and just as frustrating.

These limitations on the human brain are pretty universal, and so they’re universally detrimental to our ability to make decisions based on large amounts of information, which tends to generate a plethora of choices.

Artificial intelligence (AI) and business intelligence (BI) systems are designed to help us interpret and act on massive amounts of data that are relevant to our businesses. As we’ve learned before, BI is able to analyze data on a very large scale, helping humans make aggregate business decisions and set large-scale and long-term goals. One example of how BI is often used is to provide sales reports. These numbers are crucial and can be very useful, but they’re essentially raw, uninterpreted data. On the other hand, AI is able to drill down into details and give us insights into enterprise data that is otherwise overlooked and underutilized. For example, an AI solution could take the sales data gathered in reports by BI systems and make predictions about which prospects are most likely to convert over the next month.

Obviously these are excellent uses of both AI and BI systems. But these uses overlook a key way that AI can be leveraged to help humans get around the problems of information overload and choice paralysis.

AI solutions can be designed and tuned not only to provide valuable insights into existing data, but also to prioritize myriad potential choices to help humans make more faster, more effective decisions. Using the example above, AI could be used not only to make predictions about which leads are most likely to covert, but also to prioritize those leads according to that likelihood. Instead of a laundry list of likely prospects, human users could receive a prioritized list of prospects, making the decision of which lead to pursue first obvious. AI is already being leveraged to avoid information overload by reducing massive amounts of sales numbers into a list of likely leads; it could also be used to circumvent choice paralysis by listing those leads in order of importance.

Another excellent example of this use of AI is in a retail environment, where merchants or merchandising managers may need to choose between hundreds of potential actions in pursuit of that week’s or month’s targets for the department, category, or sub-category they manage. AI can be used to analyze previous and current data to provide the top 5 to 7 most effective actions, the specific reasons for selecting those actions, and the potential impact on key performance metrics as a result of taking those actions.

This application of AI is a perfect example of what companies like CrowdANALYTIX mean when they use the term “augmented intelligence.” AI solutions don’t always replace the work of a human being—they can often be used to make humans more productive by removing obstacles from their paths, for example the universal blockages of information overload and choice paralysis. Smart applications of AI free up human workers to do what they do best: things that AI can’t do well at all, like contact good leads and make profitable sales. AI can work behind the scenes to help humans reduce wasted time and unproductive work, boosting their efforts and making them highly efficient and much more effective than they were before. 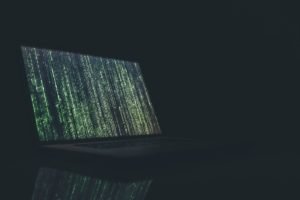 “Weak” AI is anything but weak

Why call it weak then? Because when the dream of creating an artificial intelligence became a possibility thanks to GPUs and rapid advances in storage 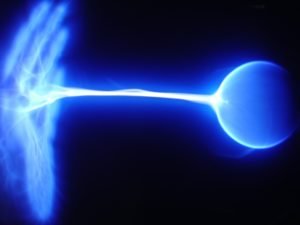 Why Machine Learning is so mind-blowing. And when it’s not.

If you can teach a machine to perform a human task faster, more accurately and more consistently than a human, you’ve just unlocked machine learning.